It feels like an age since the QEH closed for refurbishment in September 2015. Chineke! debuted there just prior to the Hall closing so it seems poetic they opened at the building’s rebirth.

From the Southbank’s promotional blurb:

Since 2015 Chineke! has performed all over England and abroad. Now an Associate Orchestra of Southbank Centre, the Orchestra has commissioned a new work, Dream Song, by Daniel Kidane which sets words from Martin Luther King’s ‘I have a dream…’ speech. Dream Song has its world premiere on 9 April, which is the 50th anniversary, to the day, of King’s burial, five days after his assassination in April 1967.

Other pieces included: Britten’s celebratory The Building of the House, conducted by Britten at the opening concert of the QEH in 1967, Samuel Coleridge-Taylor’s Ballade in A minor for orchestra, Op.33 and Beethoven’s Symphony No.4.

It was a hugely enjoyable evening though, sadly, the ambitious world premiere’d piece, Dream Song, was unable to match the power and majesty of Martin Luther King’s original oratory – maybe not unexpected given the spine-tingling impact of the original.

Another slight disappointment, for me, was that wheelchair access in the front stalls has not been improved any.

Access was never really bad before the refurbishment – maybe a bit awkward – but it was via the artist’s entrance rather than the main foyer and I guess I was hoping for some swish, service all floors, lift like the one in the Festival Hall.

Access to the front stalls is still via the artist’s entrance which has been moved along and gussied up so it is somewhat smarter and wheelie-easier but this still means no access to the main foyer from this area and the exterior slip road access to it is diabolical … it seems far worse than pre-closure maybe because of the lorries during refurbishment cracking it open or maybe I’ve just forgotten how bad it was.

And, no avoiding it if you’re being dropped off which is likely as the old, adjacent, Hayward Gallery car park remains closed and the closest off-road parking is at the National Theatre – long way to wheel if you’re pushed for time which you probably will be if driving because London traffic is appalling and unpredictable.

Of course, you could leave home way earlier but, jeez, really? I’d hoped it would all be a bit easier than this post the £000’s spent on the refurb.

And, we haven’t even got inside yet where, yes, we can see where the money has gone – first image below – and I’m sure acoustically and functionally, it’s all good.

But, down in the front row stalls, there were two sets of huge steps – new – which meant getting two wheelchairs past each other was … tricky. *face-palm*.

I mean, it was do-able but involved a lot of edging, bumping and moving. Brilliant. Not. And these were my favourite wheelie-spaces.

Wondering if other wheelchair spaces might be easier and unable to get to the foyer myself in the interval, D checked out wheelchair access upstairs (for future reference) and came back, shaking his head. Access there seems to be via one of the ghastly stair lifts which, previously at the Purcell Room, kept breaking down and barely contain the weight and length of my power wheelchair. Let’s just say that I’m not keen to go that route again.

So, overall, great concert, shame about the wheelchair access, nightmare on the road surface. I do hope there is money left in the budget to resurface the roads at some point soon, preferably before a wheelie person is tipped out onto it.

None of this is bad enough to stop me going to the QEH – yes, the bar is that low for what’s considered ‘accessible’, we expect it to not be ‘easy’ – but I’d just hoped for access improvements. Disappointing.

D did say the refurbished Purcell Room now has an in-situ ramp (thank the gods as I’d stopped going there because access was so precarious and uncertain). I’ll be testing that soon. Wish me luck. 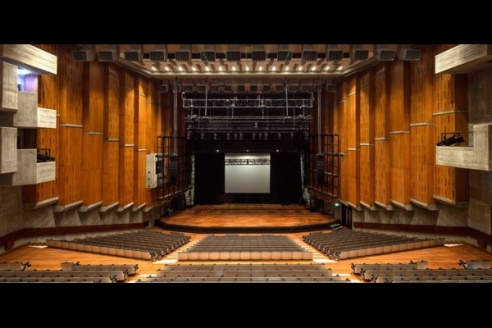 The Queen Elizabeth Hall at The Southbank, April 2018 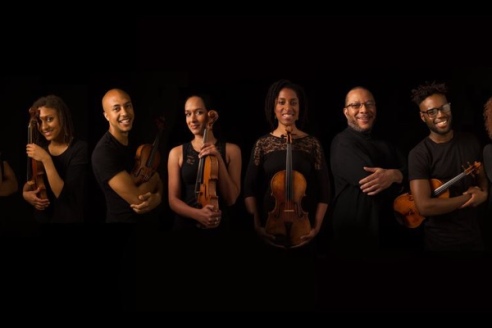 Chineke! at The Queen Elizabeth Hall at The Southbank, 9 April 2018